Portrait of the Author as an Exhausted Girl

Which is what I always am. Except I am 33 now, I guess I am officially a "woman". That just sounds so old! Even though I am always exhausted, I still feel young. Does that make any sense? I hope so. I've been so busy. And tired. Just the normal MS tired on top of working, and the preparations and then celebrations of my Nana's 90th birthday. She puts me to shame. She has 57 years on me and that woman has twice as much energy as I do! I love her dearly and the party was a TON of fun. Lots of family members were able to make it and she really enjoyed it. She decided instead of turning "29" again, she'll finally be "39". She said she has to stay a little older than her grandchildren. Below is a picture of (from left to right clockwise) my mom, my brother, my dad, my Nana and me. 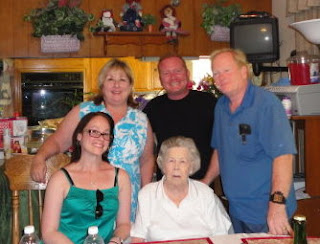 Forget about having my Nana's energy at 90, I just hope I have half of it at 50!

Everything has been going really well. I've obviously been too busy to blog lately. Work is good, but sometimes I feel like I'm too good at my job. I need to adopt the attitude like some others and just say, "I don't know how to do that and I cannot possibly learn how to.". Or they have the attitude that can't do anything other than 2 things that are specific to their job. "You want me to open the mail? I don't couldn't possibly, I don't know how." Since I have a fairly intelligent brain (even on Topamax), and I know how to do a lot of things there, I get stuck covering for a lot of people who call out sick. But, at the end of the day, I am part time and they do let me call out sick and just basically work whenever it's convenient for me, so I am lucky in that aspect.

Health wise, I'm pretty good. I say pretty good because I've really been slacking on my working out. It's also been pretty hot here, in the 90's this week, and that just wipes me out. Damn you sun! Don't you know that I don't like the heat!! I had a week off from my Rebif, thanks to my insurance wanting a prior authorization on it and that delayed it. It's okay by me though because that's fewer bruises on my body. And since it's so hot, tank tops and shorts are required, so that's a good thing!

I've also been trying to read up on supplements in my spare time. Does anyone have any suggestions on what they take, what helps? I have been having pain in my hips. It's in the front of my hips where my hip meets my thigh. It seems to be a muscle pain, but it could be a joint pain. Does anyone else get that? I've had it before... 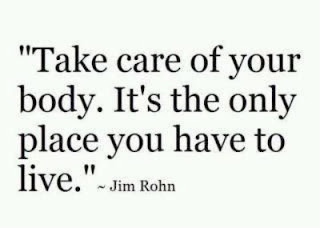 Here's hoping that that the heat will cool off soon. Then maybe I can leave my air conditioned apartment and have an exciting blog for you! In the meantime, the UPS guy is supposed to deliver my Rebif today. Fingers crossed that it's the old guy, the cute one! I don't know if he quit or switched routes or what; but I haven't seen him in forever. My co-worker nicknamed him Thor after I described what he looked like to her. He does look like Thor from The Avengers. But he's a bit older and has short hair. I miss him delivering my shots. Fingers crossed!!! 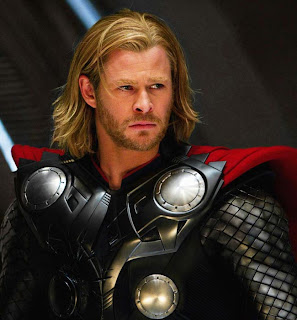