I'm So Tired; But I'm Trying to Put on a Happy Face!

As anyone with MS knows, you get fatigued ALL of the time. Sleep? Eight hours is a bare minimum to be a functioning human being the next day. For me, personally, to get through the day- I like a good nine hours. Unfortunately, I have upstairs neighbors from hell and with all the ridiculous amount of noise that they make- I've been getting about six hours a night. No bueno. No bueno at all!


My upstairs neighbors (there are three, a mom, a dad, and kid about 5) are the worst. They stomp. STOMP! STOMP! STOMP! They take about five showers a day. She cleans every day. Starting at 7 a.m.!! Vacuuming, doing like 3 loads of wash in the community laundry room a day, and she mops all the time. It's a small two bedroom apartment, same layout as mine. She also opens and closes the closet doors about five times at 6 am when she's looking for something for her kid to wear. If you can't find it- here's an idea: leave the door open! It's fraying my nerves.


I had to go to the office and complain today. I said I feel as though they are trying to intimidate me out of the apartment that I have lived in for longer than they've been here. I also told the manager that I have MS and I NEED my sleep. I'm not being lazy. Oh, and when I shower, the evil witch goes into the bathroom and bangs doors and drops crap in the shower. Freaking me out!! What the hell? So darn rude!! The manager, at least, completely agreed with me and they are getting a letter of warning. I will continue to complain until they stop. If they don't stop, hopefully they get kicked out. You would think that people would know that A) you live in an apartment and B) you live in the upstairs apartment. Maybe you should watch your noise level. But people have no common sense. So, I've been trying to do a lot of things, but they've all been put on hold because of these extremely rude neighbors. I'll let you know if they shut up. Or if they move (crossing fingers).


This saying totally fits me at the moment. It was this or an expletive filled rant about rude neighbors. 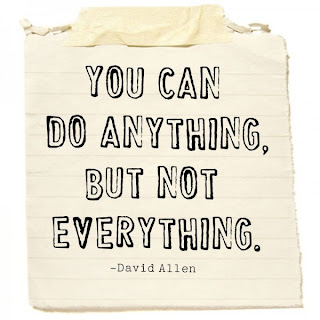 There is a great site filled with passive-aggressive notes to neighbors. Here's the link: http://www.happyplace.com/3941/the-most-entertaining-obnoxious-or-completely-insane-notes-written-to-neighbors
Enjoy.


Unless they keep waking me up. Then, it's on. Just kidding. I also don't know what happened to the background color. It's because I'm so damn tired. Blergh. :(
Posted by Unknown at 2:34 PM

Email ThisBlogThis!Share to TwitterShare to FacebookShare to Pinterest
Labels: Anxiety, Fatigue, I Have Terrible Neighbors, I Need Some Sleep, MS and Fatigue, Multiple Sclerosis